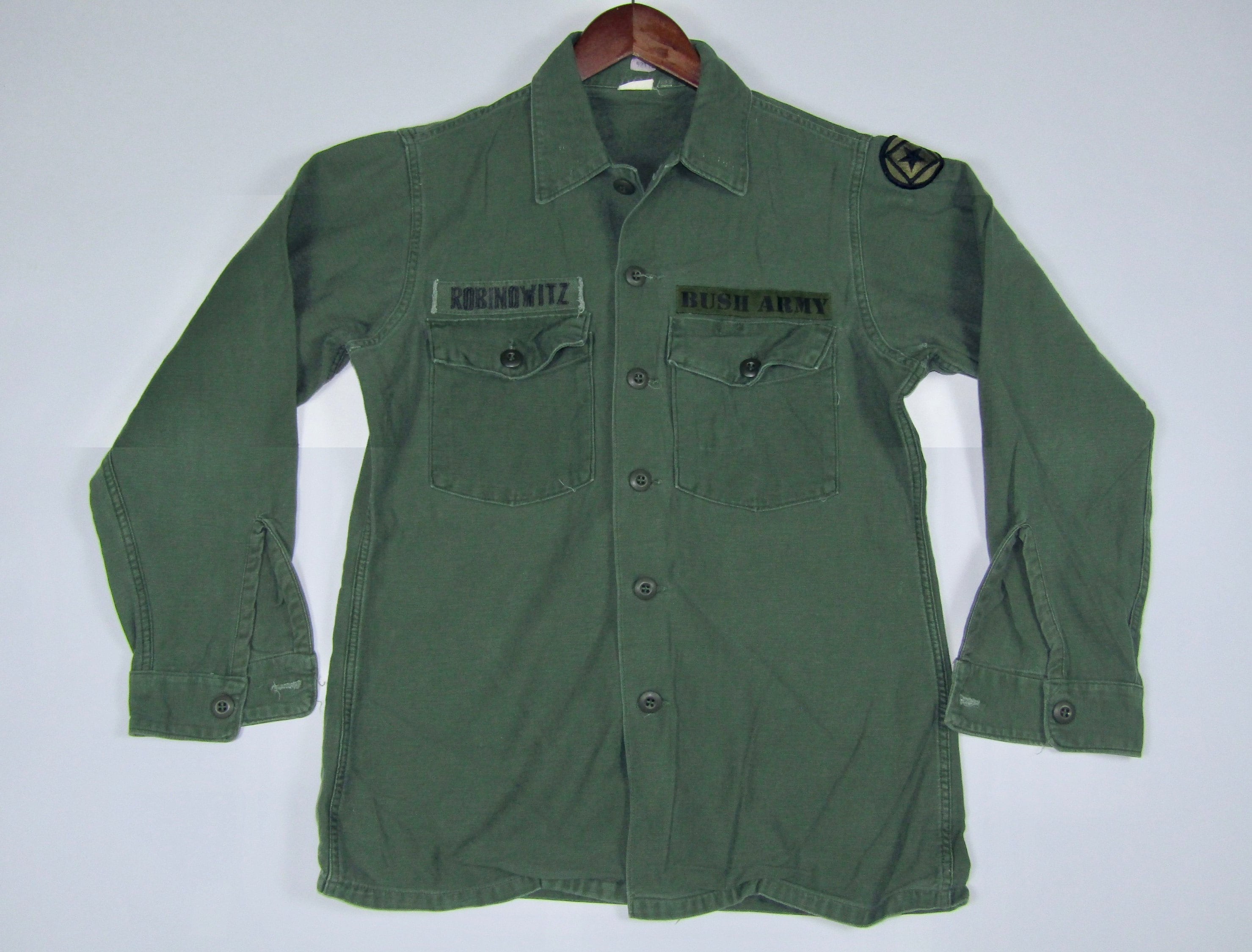 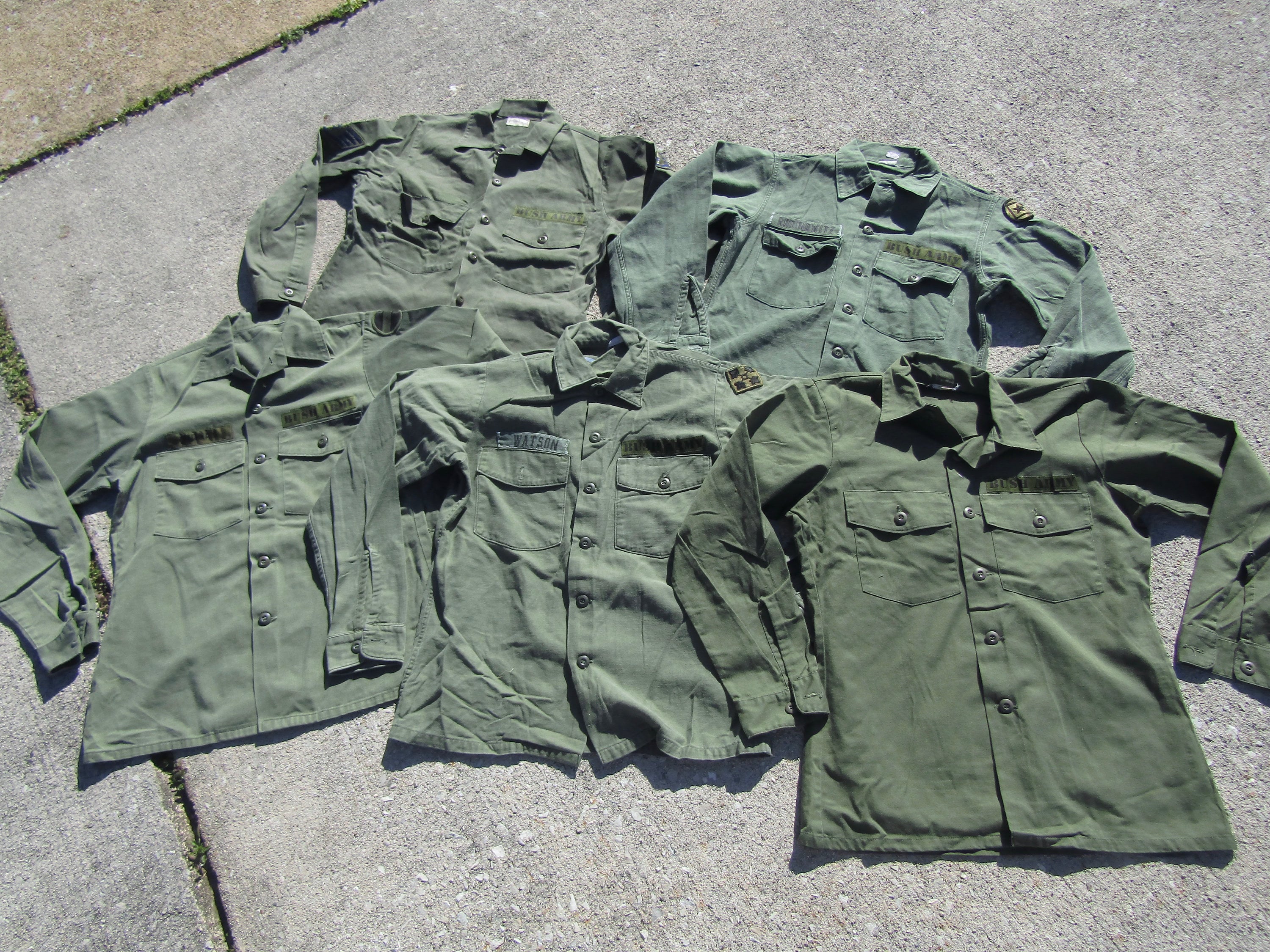 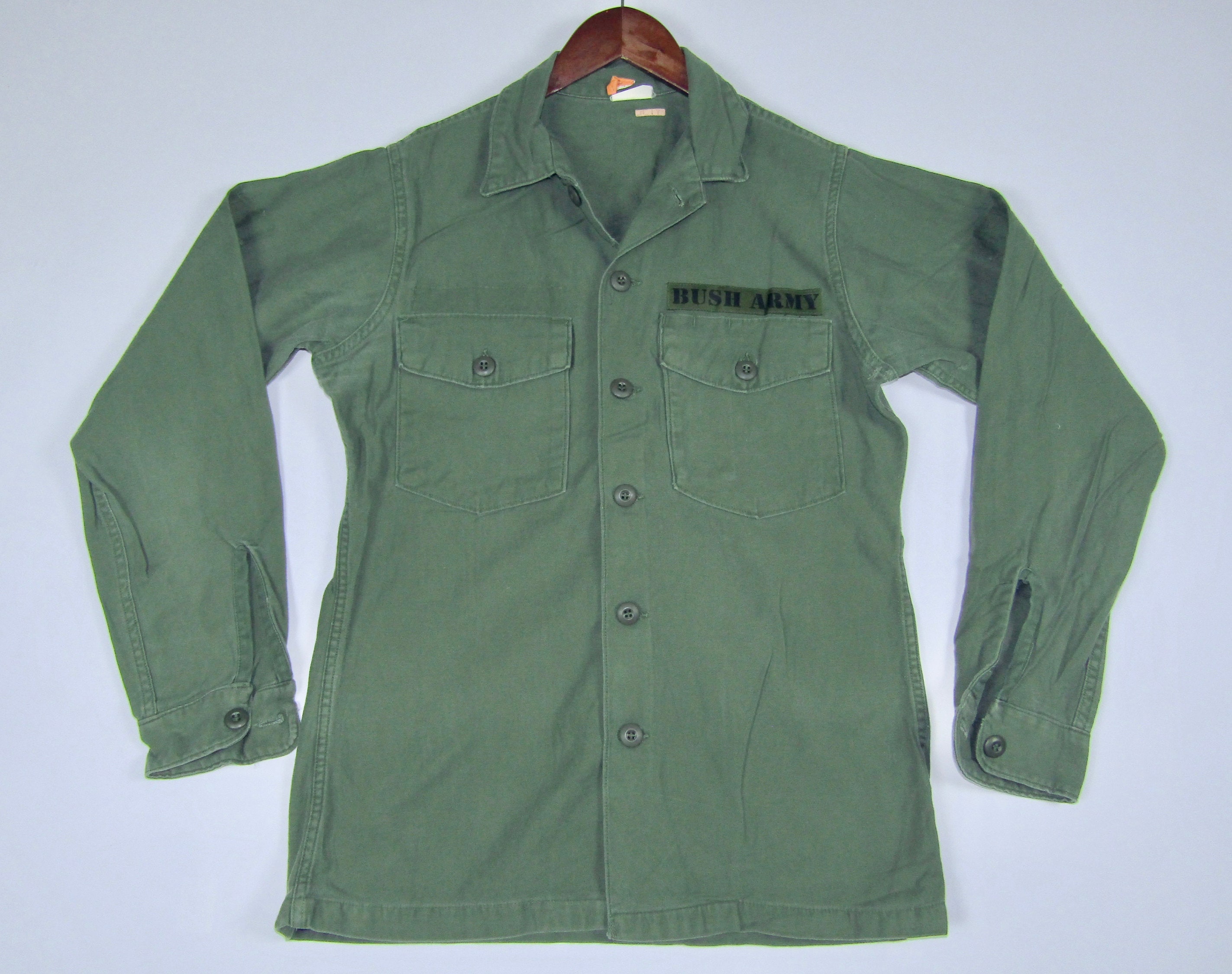 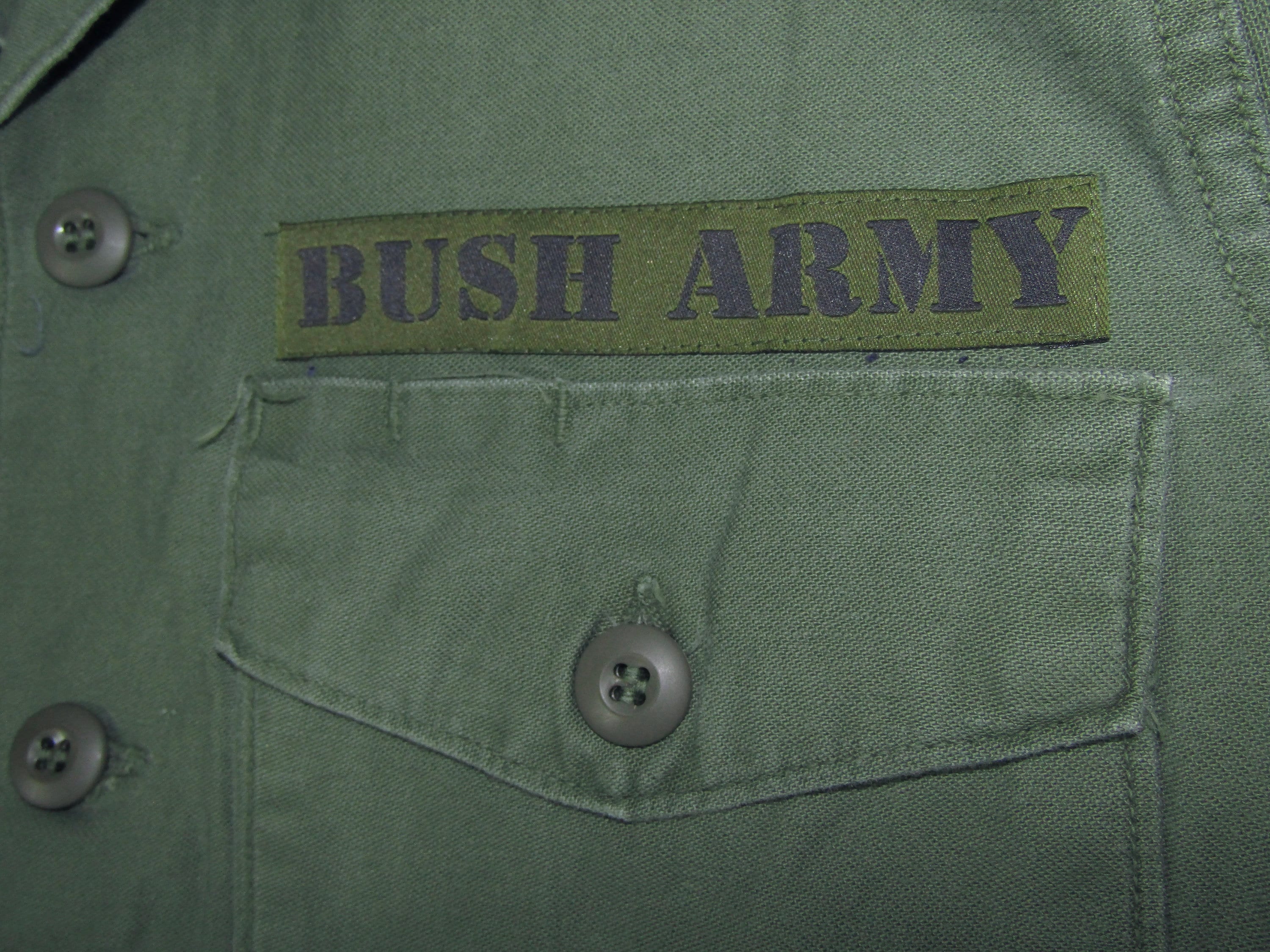 Condition: Original 90s BUSH band shirts made with army surplus. Has not been worn since it became official merchandise, but the army shirts are worn. Each one is different. Various levels of light to normal wear / some have patches, some have removed patches / most shirts appear to be on 70s and 80s surplus, but some go back as early as late 50s. Yours will be pulled from the case at random.
Inventory code: GB6

I'll do my best to meet these shipping estimates, but can't guarantee them. Actual delivery time will depend on the shipping method you choose.

I gladly accept returns and exchanges

Ship items back to me within: 7 days of delivery

But please contact me if you have any problems with your order.

The following items can't be returned or exchanged

Because of the nature of these items, unless they arrive damaged or defective, I can't accept returns for:

0 items in your cart